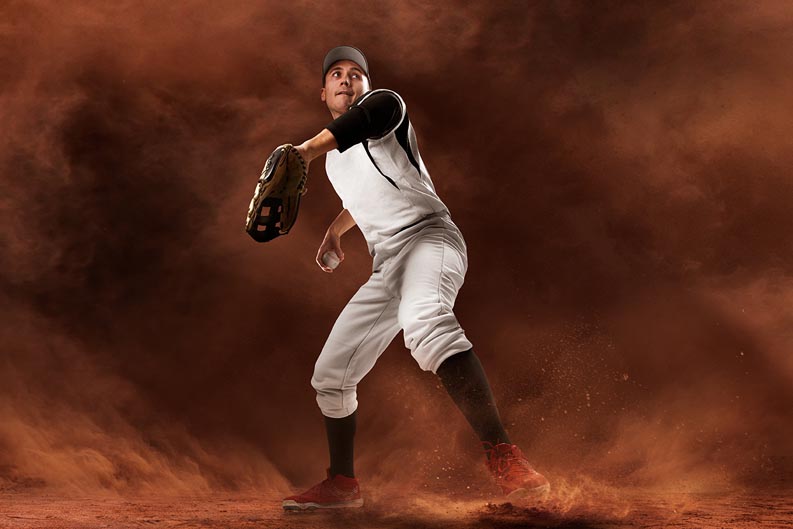 
“For each one of us lives in his microcosm, the solidity of this world is a mere game of mirrors, there can be no absolute existence for what is apprehended differently by all.” — “The Corner That Held Them,” Sylvia Townsend Warner

How worried should the Mets be about Jacob deGrom’s shoulder, now and into the future?

Losing deGrom for any amount of time is self-evidently significant for the Mets. He is the best pitcher in baseball, and he’s somehow pitched better when he’s been on the mound of late. It’s just been a while now since you could breathe while deGrom was pitching, given the way his 2021 was interrupted by tightnesses throughout his body, eventually ending with three months on the injured list with a forearm injury.

DeGrom is down currently with a stress reaction in his right scapula, which is an unusual injury for a pitcher. Only Brandon McCarthy and Michael Wacha appear to have dealt with similar injuries in the last 15 years or so, and thus the blueprint for deGrom’s return is a little hazy.

“Most stress reactions, whether they occur in the shoulder or the knee or the ankle, typically heal well without surgery, and heal well with a period of rest,” Dr. Trong B. Nguyen, MD, FAAOS an Orthopedic Surgeon at MemorialCare Orange Coast Medical Center and OSSP Center in California, told me over the phone this week.

Dr. Trong Nguyen tied deGrom’s current injury to the series of minor maladies he’s endured over the last 18 months — a stretch of time in which deGrom has exited or skipped starts thanks to tightness in his hamstring, neck, back, side, elbow, shoulder and forearm.

“It’s most likely more cumulative. Because he’s been throwing for many years and he throws very hard obviously, it’s probably not one specific thing that’s causing the problem,” said Dr. Nguyen. “There could be muscle imbalance in different areas of his throwing motion. Anything from his leg all the way up to a shoulder could alter his mechanics.”

However, he didn’t see any reason to be particularly concerned with the timing of the injury. A stress reaction this early in the season isn’t any worse than one coming in the middle of the season, the way McCarthy’s and Wacha’s tended to. That said, deGrom was only stretched out to three innings and 52 pitches. It will likely require more time to build his arm back up than the quickest five-week timetables for McCarthy or Wacha.

A longer-term concern for the Mets and deGrom is how this injury recurs. Both McCarthy and Wacha dealt with it over multiple seasons. McCarthy missed time with stress fractures in his scapula in five out of six seasons. Wacha endured it in both 2014 and 2016 while with the Cardinals.

“It was just an unknown because there wasn’t a lot of data out there on previous injuries with that scap,” Wacha told MLB.com’s Ian Browne recently. “There were not a lot of people to judge, how do we rehab this? We tried to do it in ’14 and we thought we did a pretty good job with it, but then it was a recurring injury in ’16 and I got diagnosed with it again.”

Wacha missed two and a half months in 2014 with the injury; he missed about a month with it in 2016, coming back at the end of the season to pitch out of the St. Louis bullpen.

“After that 2016 season, we really just focused on building strength in the backside of my shoulder in those muscles and making sure those muscles were activated and firing,” Wacha said. “I found that to really help me on the deceleration of pitches — to be able to hold that load of throwing hard but also having strong enough muscles to slow your arm down to decelerate.”

Wacha said part of that plan emerged from conversations he had after the 2016 season with McCarthy, who finally figured out how to avoid the injury by 2013.

DeGrom already mentioned doing more strength work on his upper body this past offseason, in hopes of preserving his body for the rigors of a full season. (For what it’s worth, Nguyen did not think that strength work would have caused the injury in any way.) It feels noteworthy that the other two pitchers to go through this uncommon injury both had the same lithe builds that deGrom does.

DeGrom told reporters in Port St. Lucie on Sunday that he still planned to opt out at the end of the season, and Ken Rosenthal had already enumerated some of the reasons why that still makes sense. (The short version: What’s left on deGrom’s contract after this season is pretty similar to what Justin Verlander signed for with Houston this past winter, when the 39-year-old was coming off basically two missed seasons.)


If you have experienced arm, elbow or wrist pains or problems, following your doctor's treatment plan will help you return to activities faster and prevent further damage to the bone. Ask your primary doctor for a referral to see specialist Dr. Trong B. Nguyen MD, at The Orthopaedic, Sports, Spine and Pain Center (OSSP): (714) 861-4888.