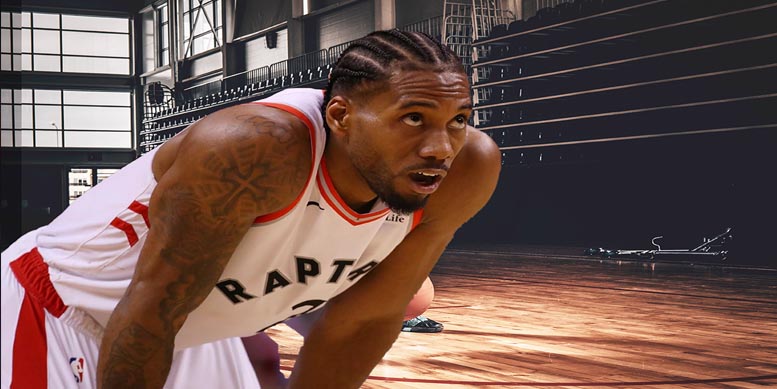 Kawhi Leonard’s ACL injury: My conversation with a doctor to learn about the severity and return timetable.


On June 14, Kawhi Leonard suffered a right knee sprain in Game 4 of the Western Conference semifinals against the Utah Jazz after a fourth-quarter foul in transition by Joe Ingles. Leonard would miss two free throws, stay in for a full defensive possession, stay in after a timeout, then make two free throws. But then Leonard would sub out for the last time, with 4:35 left to play in the game.


It was revealed on July 13 that Leonard’s injury was a partially torn right ACL that required surgery with no timetable to return, just ahead of the decision that he has to make on a player option for next season. If Leonard opts out, he becomes the most significant free agent on the market by a wide margin. But questions persist about the injury he suffered, whether or not his previous issues with his right leg may have contributed to his injury and what his return-to-play time frame looks like.


I had a conversation with Dr. Trong B. Nguyen, MD, FAAOS, sports medicine specialist and orthopedic surgeon at MemorialCare Orange Coast Medical Center and at OSSP Center in Fountain Valley, CA this week to discuss Leonard’s medical situation. Besides specializing in sports-related surgery, Dr. Nguyen was also a Division I volleyball player at UCLA, winning national championships in 1995 and 1996. This interview has been condensed and edited for clarity.


For something like a partial ACL tear, diagnosing that was important. What are the differences between knee sprains that affect the ACL ligament?
DR. NGUYEN: So the grading scale is more of a guideline. Grade ones and grade threes are relatively straightforward in terms of treatment. The grade ones, usually non-operative, the grade threes are typically operative for elite athletes. Basketball players and soccer players, football players, are required to do a lot of cutting and pivoting.


The grade twos are where you kind of get into the gray zones. There are some patients where the instability that the patients feel, depend on how ACL dependent they are. There are people who have ACL tears and don’t feel any instability. There are people who have ACL tears, and they feel very unstable. So from a clinical perspective, you have to analyze how unstable their knee is objectively and subjectively. So if a patient says that their knee is unstable, even with a partial ACL tear, then typically they need surgery to stabilize that and reconstruct the ACL. But if they’re not clinically unstable, meaning that the knee feels stable, and they don’t have any symptoms from it, there are times where people can be treated non operatively, and rehab and play sports without any issues. So it really depends on the patient.


In such cases as Kawhi Leonard, he probably felt some instability, and they probably had some objective findings of instability, even with a partial ACL tear. Which is why they decided to do surgery. The question next, if you decide to do surgery, is what kind of surgery are you going to do?


Partial ACL tears can be categorized as tears in the anteromedial bundle, or tears in the posterolateral bundle. Those are the two main bundles that occur, that the ACL fiber has. And typically, the anteromedial bundle tears, but they can both tear. If the remaining fibers are competent, meaning that they’re stable and are strong enough to function like a normal ACL, then you could do a partial or single-bundle ACL reconstruction, where you just reconstruct or repair the bundle that’s torn. And those are different techniques that are involved in that.


More often, however, the remaining bundle fibers are not competent and not functioning. So even with a partial ACL tear, the remaining fibers don’t work. And so you end up doing a full reconstruction like normal.

So even though it’s a partial ACL tear, when you undergo surgery, it’s almost as if it’s a complete tear?


A lot of times, that determination is made intraoperatively; you plan to do both different types of procedures. But when you go in, typically what you do is you examine the knee, while they’re under anesthesia, see how unstable they are. And then you go in arthroscopically, and do a diagnostic scope first. And then you look at the remaining bundles, and you say, “These remaining bundles are functioning, intact. They look sturdy.” Then I could just reconstruct one of the bundles.


If not, you do a regular ACL reconstruction. Because the remaining fibers, they’re not working, there’s no point in keeping them. They’re not going to function. Typically what happens is, when an ACL tears, it stretches out first. And then it tears. If you took the elastic around your socks and you pull on them, they stretch first and then they tear. So when your ACL gets injured, it’ll stretch out first, and then tear. A lot of times, those collagen fibers that stretch out, they don’t recover, just like the elastic in your sock doesn’t tighten up again. And so in those situations, if it’s not functioning, then you have to do a full ACL reconstruction. That’s more common than doing a single-bundle reconstruction. But in cases where you have the remaining fibers are pretty intact, and they’re pretty strong, then you have the option to do that partial reconstruction.


When you look at the timeline: officially, it’s indefinite for Kawhi Leonard. Unofficially, this is obviously going to delay the start of his season and possibly threaten it. Why is it, when you come off of an ACL injury, that the rehab process and the return to physical activity, then basketball activity, then actual gameplay is measured in so many months, and up to a year?


When you do an ACL reconstruction, you have to have the ligament that you reconstruct vascularize and incorporate into the knee. The new collagen fibers that are inside the knee after doing the surgery take a long time to incorporate into the knee. And that could take up to three to six months. So obviously, you don’t want to put a lot of stress on the reconstruction while you’re recovering from surgery. That time period is made so that you don’t re-tear the newly formed collagen fibers that are in the knee. And then the reason why it takes months is because, from a microscopic point of view, that’s how long collagen fibers take to incorporate. Then after that, it’s all about getting your muscle coordination, getting your strength back, getting your explosiveness back. Anytime you do surgery, the muscles tend to atrophy, muscles tend to get weak. Especially for elite athletes, they have to get to such a high level that it takes a while for that to happen.


We saw what happened to Kawhi; he was bumped on his left side, looked like he tried to use his right leg to stop. And that’s where the injury occurred. We would typically consider that contact, but there’s some non-contact elements in there.


How do you prevent certain injury? Kawhi lost most of a season recently because of right quadriceps tendinopathy. That wasn’t an issue this past season, but it was a significant issue for him the previous three seasons: his last year in San Antonio, his only year in Toronto, his first with the Clippers. When it comes to prevention and any other possible contributing factors, do you have an insight on that?


You’d probably say there’s a whole book about how to prevent ACL injuries. And there are a lot of theories that sports doctors and physical therapists go by to help prevent and teach patients how to prevent ACL injuries. Muscle coordination, how to land, how to jump. Anatomy, there are theories where hormones play a role, based on the fact that female athletes tend to have a higher rate of ACL tears than male athletes. Those are theories out there, obviously, nothing is proven, but those are the things that people work on.


The main thing that sports therapists will do with athletes is muscle coordination. How to jump, how to land, hip and core strength, also are very important in preventing ACL injuries. A lot of high-level athletes will do training specifically on how to land so that their hip doesn’t internally rotate, their knee doesn’t internally rotate, because those positions put a lot of stress on the ACL and put your knee at high risk for injury.


If there are other injuries in other parts of the body, that definitely can affect the opposite knee or compensating knee. And so those have to be corrected, so that it helps prevent injury in other parts of the body. There are some injuries where it’s kind of unavoidable, no matter what you do; you could be a high-level athlete that trains every day, and unfortunately, injuries occur. Unfortunately, it’s kind of a part of sports. But all of these athletes, they have high-level sports training, and I’m sure they do all of this stuff to help prevent injuries. Even somebody like Kobe Bryant, who does the same move a million times, he does that one move and he tears his Achilles’.


So there are lots of ways to help prevent it, but it’s never going to go down to zero, unfortunately. Just by the nature of sports. There are newer procedures that are out there that can potentially speed up the recovery, particularly for partial ACL tears. There are also newer options to help supplement ACL reconstructions and repairs. Those include different types of what we call “orthobiologics”, which include either PRP, B Mac, and those different types of tissue-enhancing procedures that may help hasten the recovery. Obviously, they’re newer, and there need to be more studies to see if it makes a difference. But those are kind of newer things that are out there that could potentially help athletes recover quicker.


Now, when you say recover quicker: In a case like Kawhi, because his injury happened on June 14 and surgery on July 13, where would you realistically put a timetable on his return to play?


It depends on the type of surgery that he had. If it was a full ACL reconstruction, you’re looking at the regular time period for recovery, which is typically 6-9 months. Sometimes up to a year. If it was a low-grade partial ACL tear, and they did an ACL repair or an ACL augmentation with an orthobiologic supplementation, then possibly the recovery could be quicker. Maybe even 3-6 months, as opposed to the nine months to a year timeline. But again, it depends on the type of procedure that was done, and what the original injury and severity of the original ACL tear was.